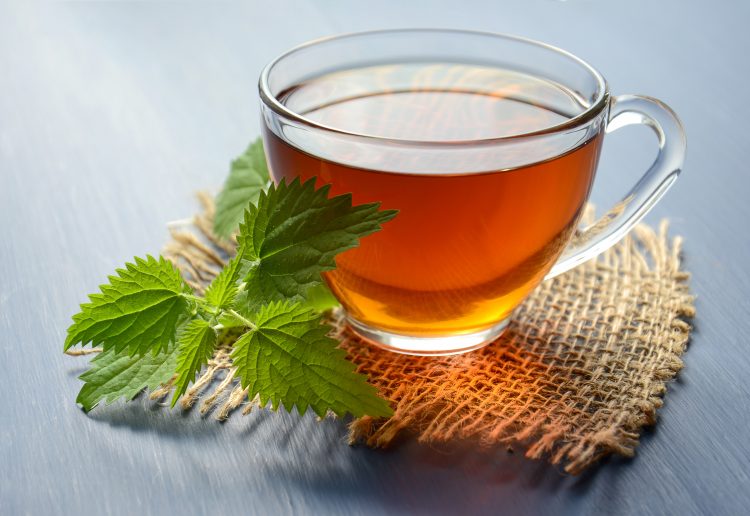 Tea has seen a lot throughout humankind’s history. Right from the ancient age to the present day, tea has always played a significant role in our society. Be it a social gathering or me-times; we have thought of tea as a regenerative, de-stressing and luxurious drink. It sidelines significantly from the regular beverages, such as coffee, alcohol, beer and aerated flavoured drinks, which may be detrimental to health. No wonder, there are multiple myths about tea, thanks to ill-informed people. The utter desperation behind tea smuggling and tea trade is now evident when we have medical science backing tea for it’s pure and medicinal values.

Since childhood, a lot of people may have heard about tea bringing in addiction or dependency. Tea was also perpetrated as just dust or low-quality tea dust, given to people who can’t afford the real drink, and real tea leaves only being accessible to the elite of the society. The reality of the above claim should be left in the hands of those individuals who have the time and money to perpetuate lies but at the same time fail in doing so. Again, why do we say that? Because the answer is still, medical science. Researchers, including ancient and modern, have time and again proved the health benefits of tea. Before we milk the science out of it, let’s give it a little historical context to show why tea myths are brainless.

A peek into the history of tea

Shunan Zeng, the holy farmer who accidentally discovered tea after being poisoned nearly 72 times when he was in search of edibles in the forest, was the first person to write about tea. The inception of tea was in China, 1,500 years before the Pharaohs built the Pyramids of Giza. So, you must wonder why tea isn’t considered as phenomenal as the pyramids themselves? You see, tea had a different approach and preparation method during the ancient age. Only about a 1,000-2,000 years ago, we discovered that tea could be heated, packed, powdered and added to hot water finally bringing ‘Matcha’ on the table. It got so popular that everyone right from the pompous emperors to poor artists consumed tea with a great sense of luxury. Do you also know that the world’s fastest ship around that time, the clipper ship, saw its inception because of the intense trading competition between the world’s most powerful emperors? Well, it would be mean to say that the British popularised tea, considering colonial animosity and the false history of course, but unfortunately, that is the case. The world says that Queen Catherine of Braganza, a Portuguese noblewoman brought tea to its fame as it has today. Even the hills of tea in Darjeeling were born out of covert operation by the Brits who chose to steal tea trees and plant them in India for further profit.

So, why all this mollycoddling for tea’s history?

It’s always good to give a little context before talking more. It proves why tea was regarded as significant historically, economically and medically. As chest thumping tea lovers who dream of nothing but superior health, holistic sense of self, and healthy social time with loved ones, Ono Teas stands witness to the atrocities done to tea today. Tea cannot wail or scream out of sorrow, but we can help it out with some truth. All the myths that tend to taint tea with wrong colours must be debunked, and here we go!

Myth No. 1: Black Tea should be black. Period.

This is one of the most common myths. Before anyone even begins to catch a racist node to this, there is entirely no reason why anybody shouldn’t add milk, honey, or lime to black tea. This tea type, one of the easiest and healthiest drinks, can even be prepared by adding cardamom, cinnamon, ginger or cloves. The pseudoscience behind ‘It will alter the antioxidant levels of the tea’ is, well you guessed it, pseudo. If you add milk or honey, it only adds to the flavour and richness to it. Today, you have even better options, such as using soy milk or almond milk in the tea, which only makes it more fantastic.

Myth No. 2: Peppermint tea is good for stomach issues.

We don’t like to criticise tea. And we won’t. The better choice of tea for your stomach-related issues would be the Turmeric Herbal tea or Turmeric Ginger tea. It has anti-inflammatory and antibacterial properties that aid in flushing out toxins or parasites from your gut. Even though mint acts as a coolant, pepper can sometimes be an irritant to the intestinal hair, and that’s precisely why you should avoid it, only during stomach issues. Otherwise, Peppermint tea is a great tea. Hails!

Myth No. 3: Green tea can make you look like a Greek god.

One of the most baseless myths under circulation! Yes, green tea does effectively help you in managing your weight. But like the commercials you see, it is tough to bring yourself into shape instantly. To be in form, you need more than just tea. Green tea aids in metabolism and improved energy burning. The regular consumption of green tea can enhance your metabolism, which will ensure that you don’t have unnecessary fat stored in your body. So Greek god or not is out of the question. First hit the gym and then sip green tea. You will make your way through.

Every product that you buy has a shelf life. So is the case with tea leaves. Be it dried or roasted. They have a shelf life only for about 6-8 months, and to your knowledge, it is the most ethical way of processing tea. Supplying it with preservatives may increase its shelf life but may be detrimental to your health. So, consume the beverage daily and don’t use the tea leaves for too long. They don’t taste great. Trust us.

Myth No. 5: Tea bags are fantastic!

There is no replacement for loose tea leaves. Tea bags often come with low-quality tea dust and the bags are made from bleached silk or corn plastic, making them even more harmful for the environment. Just like tea, be more holistic. A tea bag will add to the style factor, and if you can’t resist the temptation, opt for a bleach-free tea bag product. But we still urge you to use loose leaf tea as it has greater healthy compounds than the tea bags. We provide you with loose tea leaves. Be it tea bags or loose leaves; Ono Teas is where you should be headed.

Do not confuse this tea myth with the above. Tea bags, when prepared and steeped properly, give excellent aroma, texture, and taste to the tea. You just need the right preparation technique, and with that, you can achieve a great cup of tea. We give you our word. And if the thought of tea bags being detrimental for you and the environment scares you, then worry not. Ono Teas is planning to launch a wide range of superior tea types packed in biodegradable packs, which is right for you as well as Mother Earth. Worry not. We got your back.

Myth No. 7: Green tea is the only antioxidant-rich tea source.

Again, one of the most common myths about tea! Can we stop this already? Green tea is great! It is healthy! It helps and provides a lot of health benefits. But it is not the ONLY antioxidant tea source. All teas are rich in antioxidants, and that’s why tea is acclaimed so much in the first place. The production and packaging of every tea type differs and the antioxidant levels vary in every tea type depending on the combination of herbs and tea leaves. A couple of the best antioxidant-rich teas are the Turmeric Herbal tea and the Tulsi Lemongrass tea by Ono Teas, which give you the perfectly balanced antioxidant supply. Come on now. Drop this myth already.

Myth No. 8: Tea is the only shield against free radicals.

Free radicals are responsible for gradually damaging our organs and the entire body. It is essential to always have a balanced diet and workouts along with tea, which will help fight free radicals. Depending on tea alone would be foolish.

Jasmine tea, hibiscus tea, green tea, and lemon verbena tea are the best-known teas that provide you with a bottomless supply of health.

Myth No. 9: Herbal teas are always natural and safe.

Even though it’s bad for business, we want to be true to you. Herbal teas can sometimes come in the way of medications and instantly react as an allergen to your body. It varies differently with the user and the scope of allergy, and getting harmed by it is extremely low. But you should always have some background check before buying herbal teas and how it can get in the way of your health. It can also be harmful to pregnant women. Some teas with a stimulating effect on the uterus or menstrual flow should be avoided entirely. Sometimes even the healthiest of things can backstab you. Being honest, forever.

This statement is one of the most easily believable myths. The gravity of this myth is immense. Green tea has been studied very carefully by scientists and has been suggested to provide the body with a perfect space to improve cellular function. One of the studies published in PubMed Central, National Center for Biotechnology Information (PMC, NCBI) infers that tea could play a role in delaying cancer onset and reducing cancer incidence. However, medical science doesn’t support any claim of tea curing cancer.

Myth No. 11: Those with a mould allergy, stay away from tea.

It is of the weakest myths you would have ever heard. It can quickly be brought under the light because the production and manufacture of tea say so. The high temperature involved in the fermentation of tea completely erases any fungi present in it. So, it is not even a rare chance that you might get a mould allergy from tea. If you still get it, you will have to monitor your diet carefully and other intakes before dumping the whole blame on tea. Our tea police want to debunk and bust more tea myths, but it is already time that we stop it. The only thing we want out of this deal about debunking myths is for you to understand the importance of tea and the real insights into it.

Historically, tea has played a massive role in health, luxury, trade, and economy. It still is one of the most revered beverages across the world. In India, we have a vast tea culture in and around all religions. Sometimes it is chai. At times it is masala chai. And if mood speaks, it is Sulaimani. Can you guess what the next favorite tea type would be in India? Maybe the Uttarakhand Pure Chamomile Green tea? Or the native Tulsi Lemongrass tea? Or our exotic, exclusive, one and only non-alcoholic Whiskey tea? It is time to revive our tea culture. It is time to bid adieu to the tea myths. In the mirage of coffee and alcohol and other weak beverages, the image of tea lies blurred. Not entirely, but not in its full potential either. Other than that, we always stand by tea and the service it has towards humanity. Sounds too emotional? Wait till you try our different teas. We already have more space for people to join our tea revolution. Ciao!

Ono Teas handcrafts full leaf teas suiting every moment you want to cherish, whether it is solitude or conversations with friends or just a leisurely health drink to counter lifestyle disorders. You can shop from our range of green teas, black teas, blends or tisanes based on the moment you want to celebrate.